A few weeks ago I decided I wanted to do a series of 3D renderings portraying small broken robot characters - of rather simple construction and composition. Today I added joints and "posed" the first robot I've doubted: A. I had a rather difficult time deciding on one camera angle to render, so I went with 30. This being a standard number of frames per second in animation. There are three general angles I rendered: far, medium, and close up. The idea is that one of each angle will go into a triple frame. 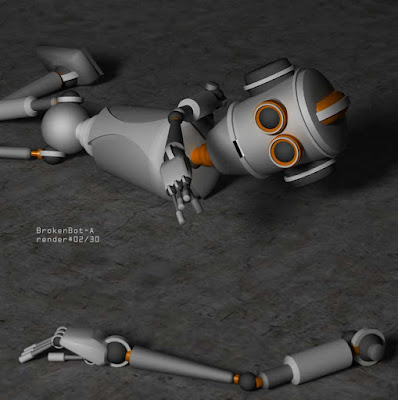